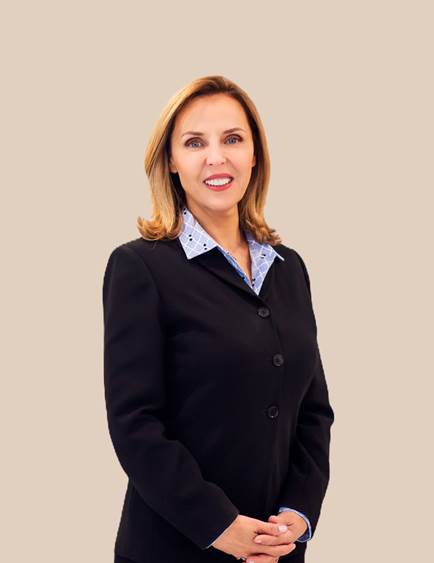 Attorney Masha Bach focuses her practice on corporate, commercial and business-transactional law, as well as probate and civil litigation.  Ms. Bach serves as General Counsel, in-house corporate counsel, and outside counsel for long-term clients.  She is also a seasoned federal and state courts civil litigator, representing businesses and individuals since 1997.

She is admitted to practice in California (1998), Washington, D.C. (1999) and Florida (2000) and appears before the state Circuit Courts, District Courts of Appeal, the Federal District Courts and the U.S. Bankruptcy Court for the Southern District of Florida.

Ms. Bach began her legal career in 1997 as a litigator at a premier Watergate-based firm in Washington, D.C.  Prior to establishing her private practice in Florida, Ms. Bach received superior training in complex corporate and commercial litigation as an associate with Akerman and Gunster law firms.  In 2002 she formed the Law Offices of Masha K. Bach, P.A. and remains the managing partner of the firm today.  Since 2015 her firm serves as General Counsel to SuranceBay, LLC, a leading IT and software development company.  Ms. Bach holds extensive expertise in business management, contract negotiations, regulatory compliance and data security laws, particularly in the digital technology, engineering and software development fields.

Ms. Bach joined Phillips Lawyers as of-counsel in 2018, and continues to focus her practice on corporate transactional law and civil litigation.  Ms. Bach also acts as legal consultant to a number of community civic and charitable organizations.

Outside of work, Ms. Bach enjoys music, fitness, international travel, yoga, family life and her longtime network of peers. She is a patron of the arts and shares the magic of classical ballet with her two youngest children. Ms. Bach is fluent in 4 languages.